14/03/2011 5:05 μμ.
Στρατός της Σ Αραβίας εισβάλει στο Μπαχρειν. We consider the entry of any soldier or military machinery into the Kingdom of Bahrain's air, sea or land territories a blatant occupation," Wefaq said in a statement. 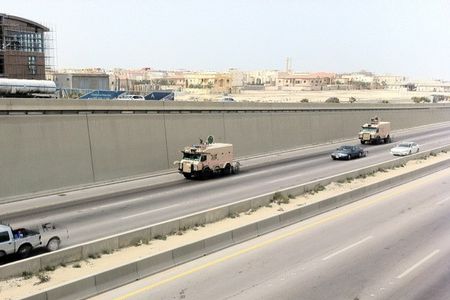 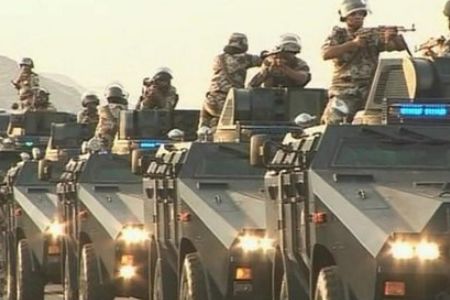 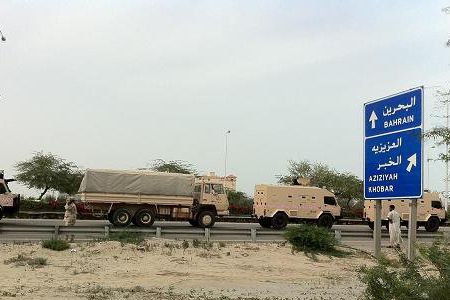 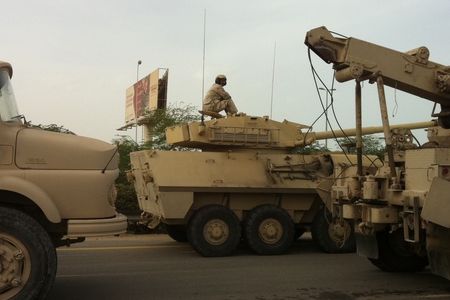 
"We consider the entry of any soldier or military machinery into the Kingdom of Bahrain's air, sea or land territories a blatant occupation," Wefaq said in a statement.
On Sunday, media reports unveiled that the six-state (Persian) Gulf Cooperation Council (GCC) is preparing to send military forces to crisis-hit Bahrain in an attempt to curb anti-government protests. Nabeel al-Hamer, an adviser to the royal court, also confirmed that the kingdom asked the Arab states to send troops to Bahrain. Forces from the (Persian) Gulf Cooperation Council have arrived in Bahrain to maintain order and security," the former information minister said on his Twitter feed late on Sunday. The revelation came one day after Bahraini security forces stepped up their crackdown on the anti-government protesters who were trying to expand their rallies from the capital's main square to the country's main business hub. Hundreds of the people have reportedly been wounded in the violence with live footage showing the forces shooting protesters at close range. Demonstrators on Monday also blocked the main roads to the Financial Harbour business complex in the capital Manama. There were also clashes at the University of Bahrain in the southern city of Sakhir on Monday. At least seven protesters have been killed since the start of anti-regime protests in mid-February.